I Tried to Push Magoo off the Wagon 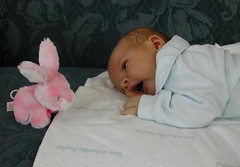 But he wouldn’t budge.

Last night I came home late. Dan had put the kids down already, which is always a sort of bitter-sweet experience. Bitter because I love them and I adore to squidge them, and sweet because I get out of doing the real work and yet I can enjoy them in their most lovable state, the one where they’re sweetly sleeping and not wiping their spaghetti mustache on my pants because I didn’t get them a nakum fast enough.

Magoo woke up shortly after I arrived, screaming as though he’d had some terrible nightmare, like the one where you’re driving to Butte, Montana naked in front of a crowd of people and you NEED to pull over to pee so bad but every exit is blocked by evil clowns sucking back helium and singing that Celine Dion Titanic song. I’d scream too… if I’d ever had a dream like that.

Dan went to save him, but I ended up joining in the fun (okay, I completely took over after Dan got him to the calm-snuggly phase).

He was so cuddly and squishy and needy and it was one of those moments I fantasized about before I had children. Me and my baby dolly alone in a dark room, the nightlight softly glowing. I rocked him back and forth, humming nonsensically soothing songs. I kissed his peach fuzz and gently squoze him. He nuzzled into me, batting his sweet sleepy eyes, his bottom lip sucking and fluttering in and out.

I knew what he wanted. I knew I still had it and I knew I had to either give it to him right then or abandon him and go have “the talk” with Dan about whether or not we were ready for round three of Operation Repopulate Seattle with Attractive Small People.

I thought “Seattle needs more cuteness and we need to start that crusade tonight” was a pretty hard sell.

So I offered my weaned-two-months-ago-but-his-mom-still-inexplicably-has-the-goods bubby a taste of the special milk “he” had been missing so desperately.

He acted like I was trying to jam my elbow down his throat.

My appendages bashfully retreated as he walked off arm in arm with his new girlfriend.

Yeah, whatever. Suck rubber. What do I care? 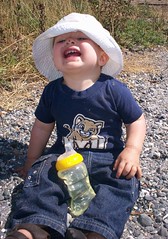 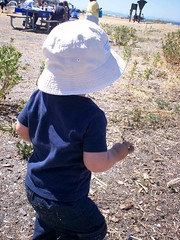 This entry was posted in parenting. Bookmark the permalink.

23 Responses to I Tried to Push Magoo off the Wagon