Lock Them Up Because You Love Them

On the way to the bus stop today, Magoo spotted some bedazzled slugs awaiting collection. He likes to call them snails but I know a slug when I see one. He gathered up two, one in each hand, one for himself and one to present as a gift to Laylee when she exited her yellow limo. As she climbed down the steps he held out his chubby little hands to her. 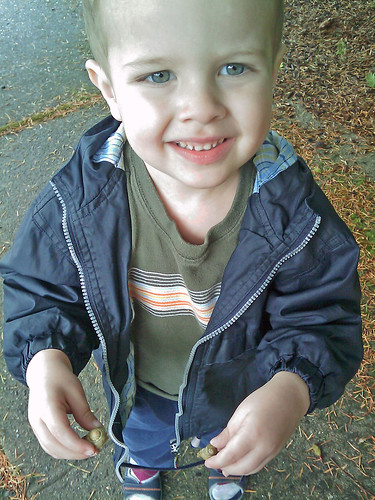 I informed them that I knew of a neighbor’s garden on the way home with tons of snails he’d be willing to part with. The harvest began. They decided they were snail farmers, taking their time to gather up every snail they could spot on the way home, comparing them with each other and lumping them into categories based on size, color, and character traits. 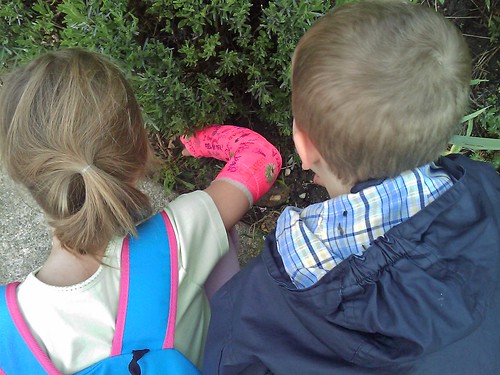 Laylee’s ended up in a little yellow bucket full of grass and rocks. While she went to search for more, I noticed her original babies were going AWOL.

“Laylee! Your slugs are crawling up the walls of the porch.” 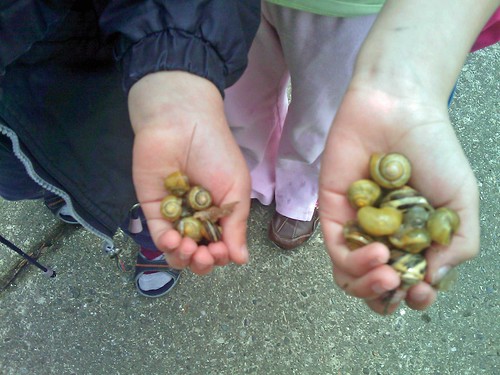 Like a no-nonsense mom of 20, she marched over and gave them a good talking to as she peeled them off the walls, the chair and the sides of the bucket. She puffed out some air and looked at me while rolling her eyes heavenward. “I’ve got to find a way to keep them IN.”

She then turned the bucket over on top of them, piled rocks around the rim, stacked two chairs on top of it and topped those with rocks. 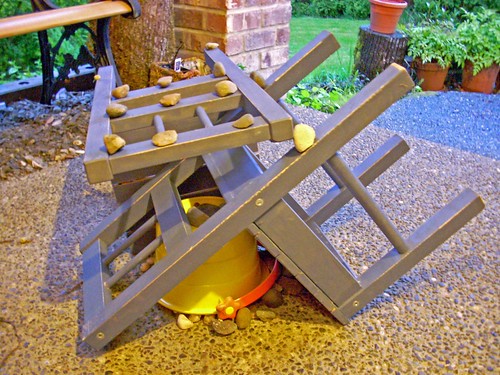 “If you see them trying to escape, tell them to GET. BACK. IN,” she requested.

I hope she remembers this discipline technique when she’s 15 and I decide to follow her parental example. I love you so much I need to lock you away forever and pile rocks on top of you. I’m sure that will go over really well.

This entry was posted in blick, kid stuff, parenting. Bookmark the permalink.

17 Responses to Lock Them Up Because You Love Them