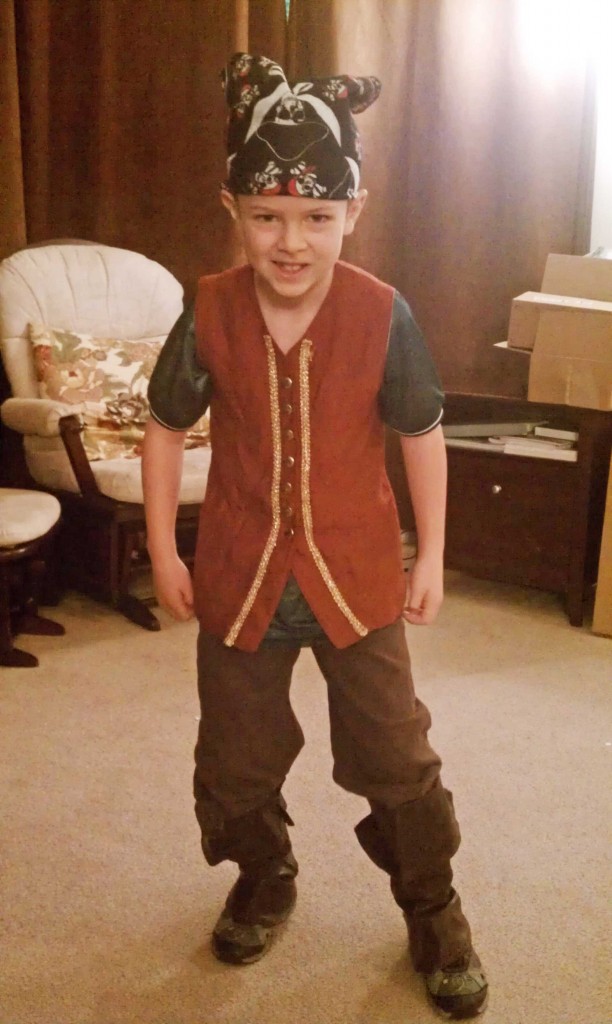 It’s days like this that I ask myself why Laylee and Magoo are at different elementary schools. Last night was STEM night for one of the schools. Last year it was math night but this is Twenty to the Twelve, yo. We’re all about STEM. Then tonight is a costume ball at the other school. There are two science fairs, two reflections nights, two PTAs, two different parent-teacher conferences in two different cities. It’s my favorite.

Anyway, as Magoo was getting ready to leave, he started removing things from his backpack and throwing them overboard.

“I’m not taking my nook to school for pirate day! I would look so stupid! Because, you know, pirates don’t really read.”

I did not know that.

“Oh, MAN!” he continued, pulling the Pokemon cards from his backpack. “Pirates don’t play Pokemon cards.” He gave me a knowing smile and shook his head.

Now, this I did know. I have never met a Pokemon-playing pirate. Uno – maybe. Go Fish – likely. But Pokemon – never. We need to keep this authentic.

Apparently a few things pirates DO are:

-Ride on a big yellow school bus, wearing a polyester backpack and a soccer shirt under their pirate vest

-Yell “ARRRRR” at three-year-olds until they cry

This entry was posted in fashion, halloween costumes, kid stuff. Bookmark the permalink.