I don’t necessarily love baseball, unless m’boy is playing it. It’s never been a passion of mine. But, I will admit there was something thrilling about running the bases at Safeco Field with Dan. It’s where the Mariners play and where we go once a year to eat hot dogs and ignore the baseball men unless they do something really cool, like score a home run or spit while they’re being featured on the Jumbotron.

Dan hit his 10 year mark as an employee of The MegaCorp with all of his digits, grey matter and scruples mostly intact and so they invited us to a gigantic party at The Field in honor of his… and about a billion other people’s accomplishments.

This party had everything. 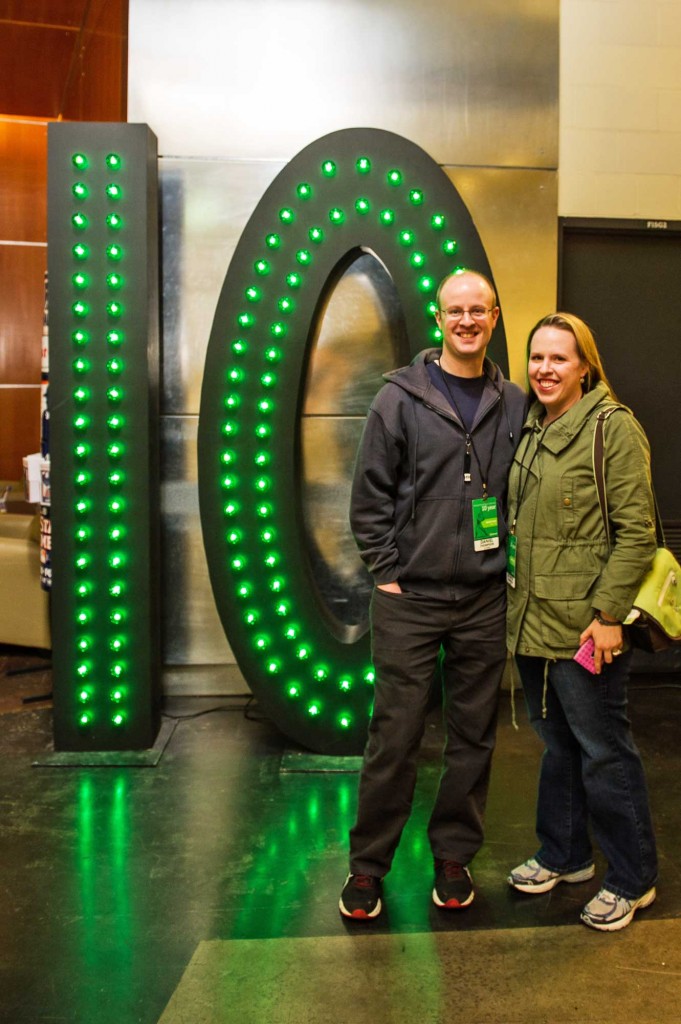 Homerun contests, bands, food, baseball stars we did not recognize even though they have streets named after them. 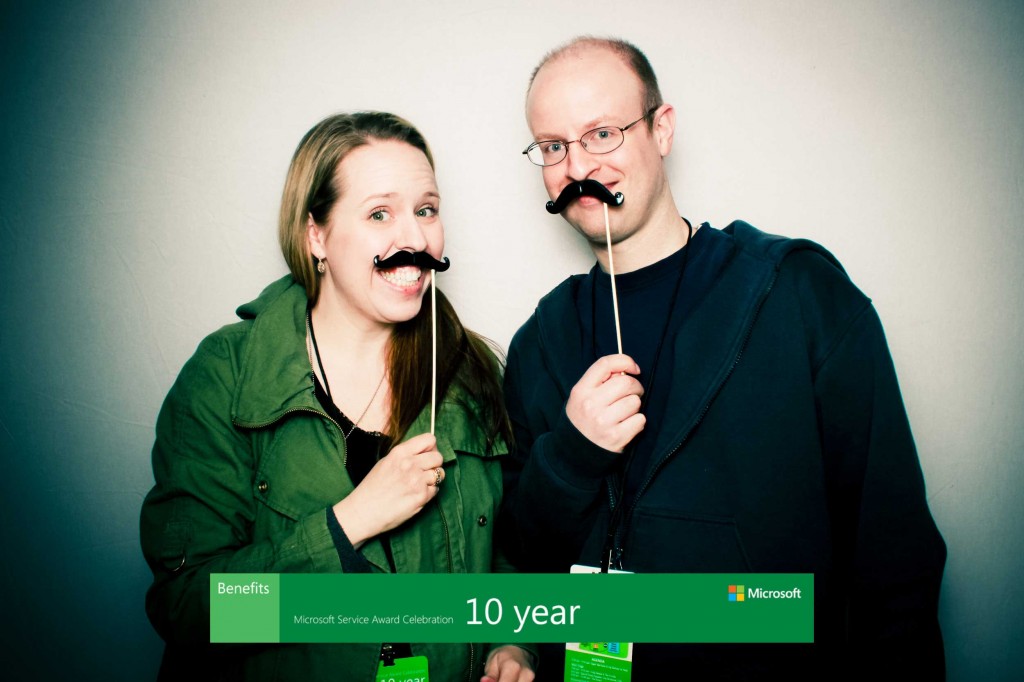 Pictures of pictures of us on the Jumbotron. (We were not spitting.) 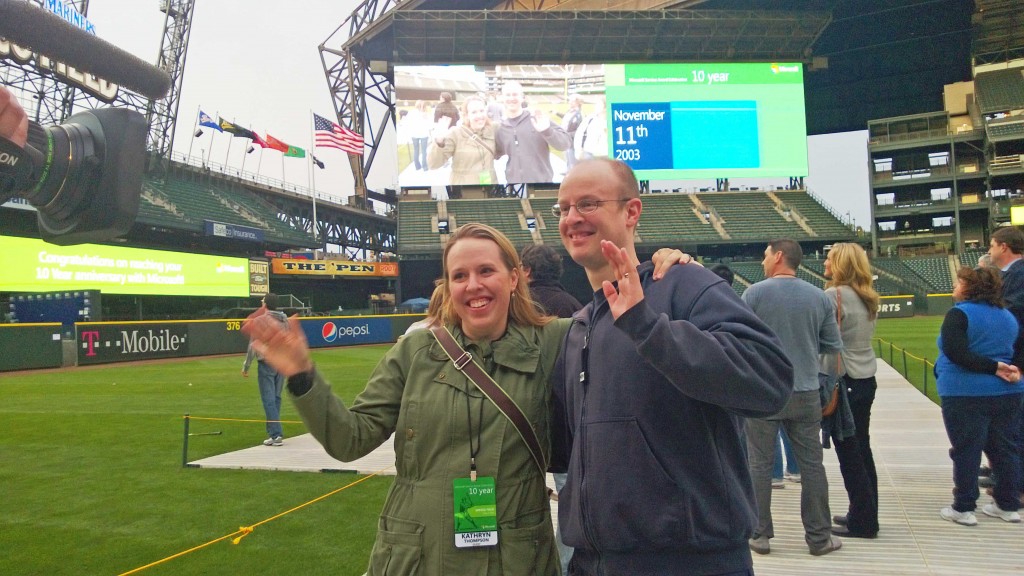 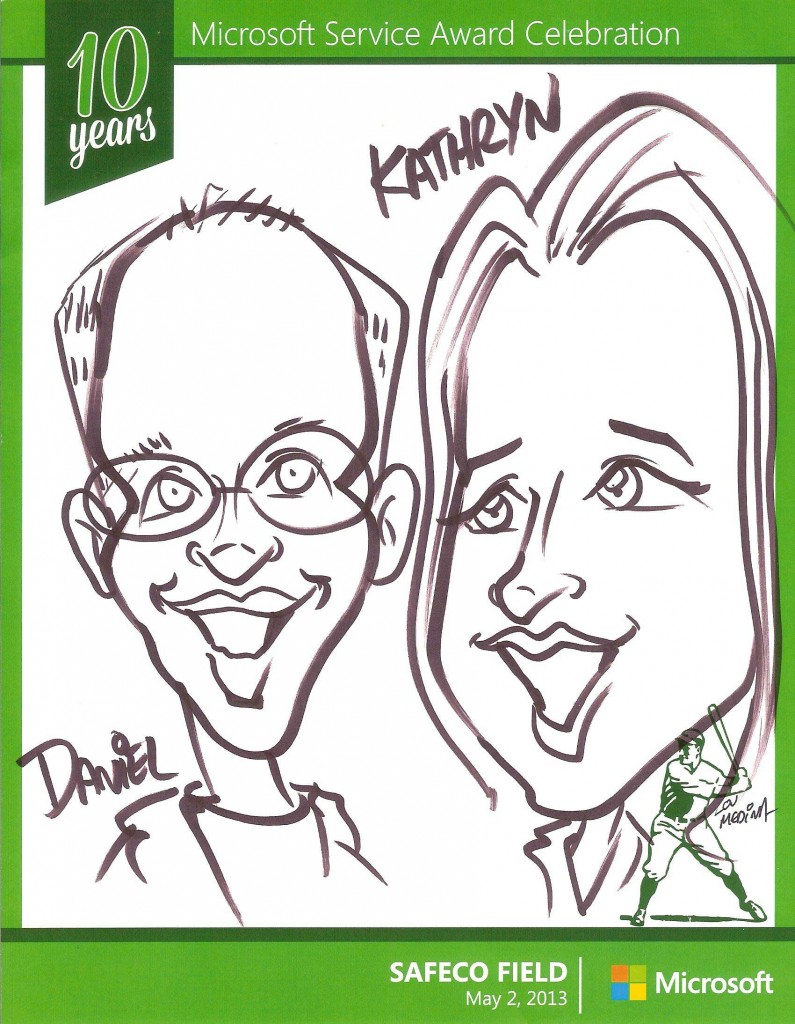 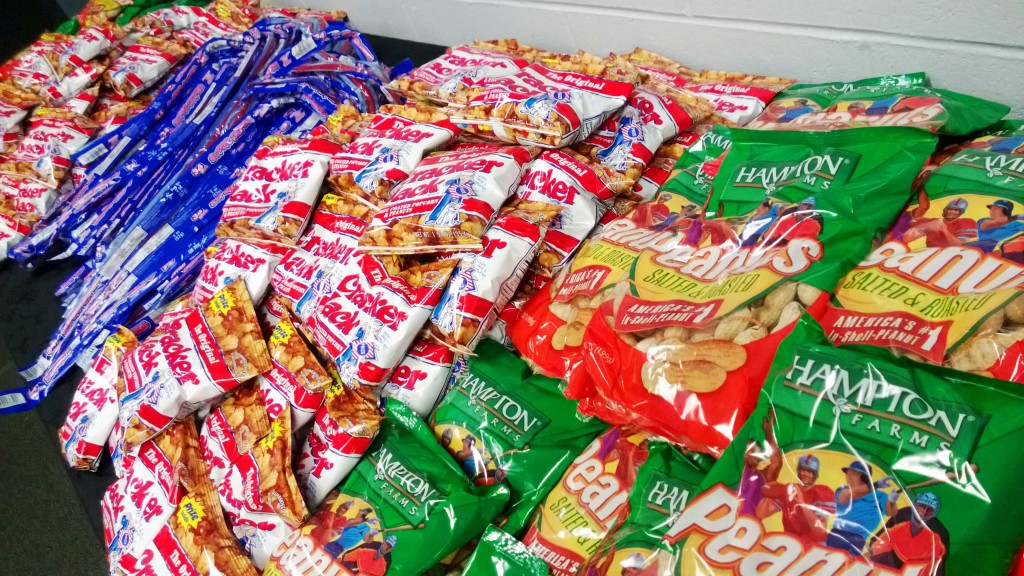 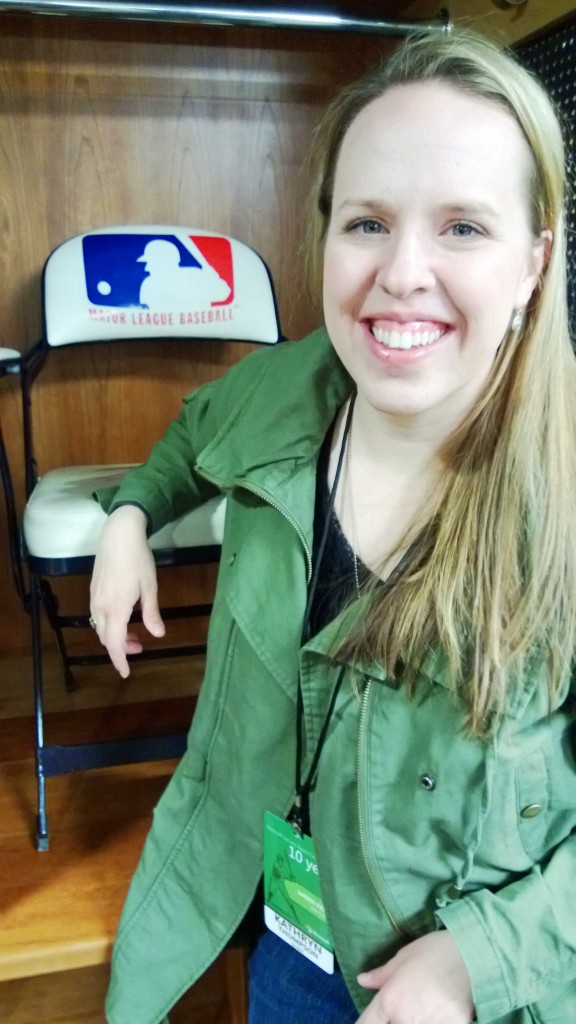 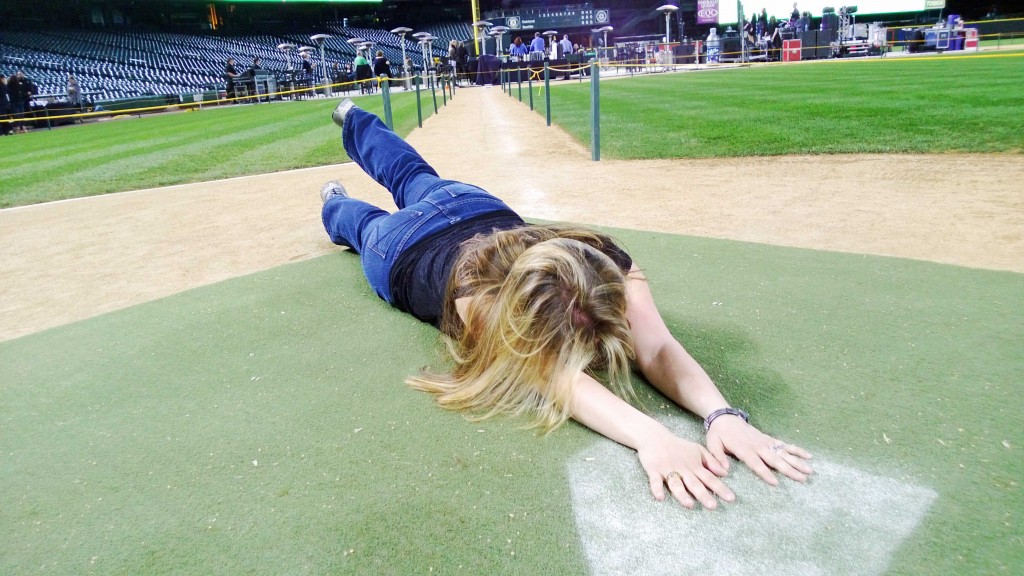 Photo booths with signs that said MOM or WOW, which is basically the same thing. 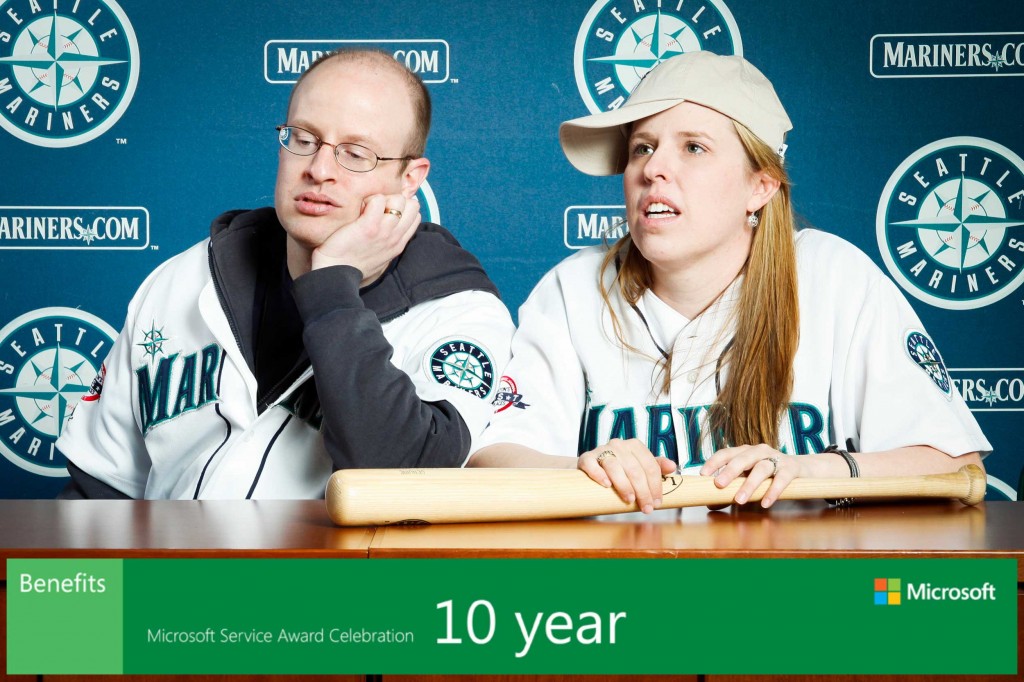 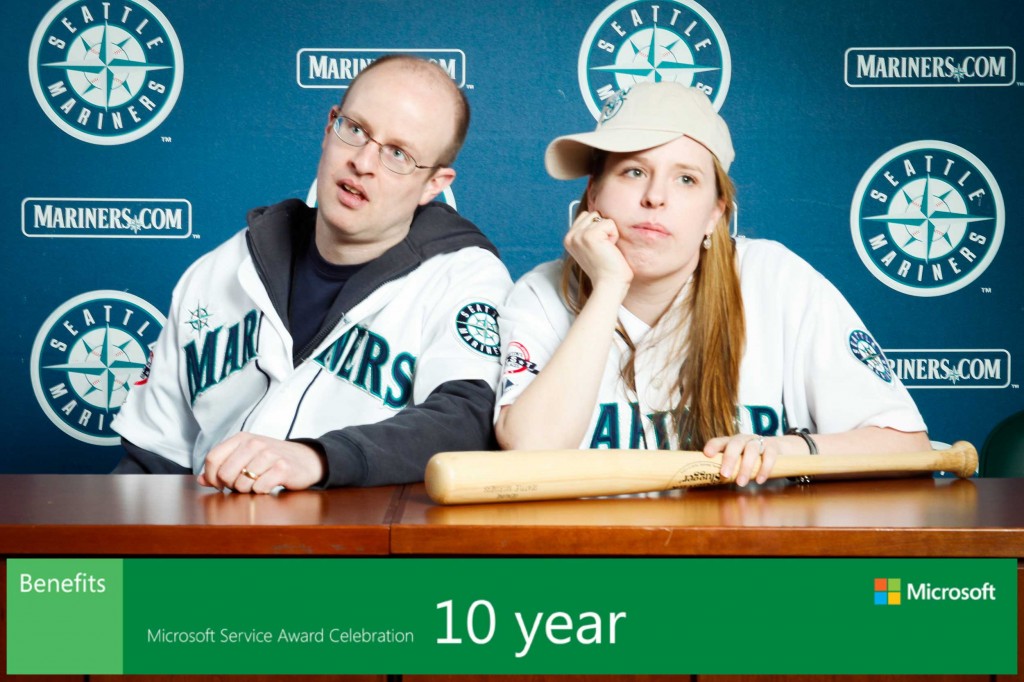 Seriously, one of the best date nights ever.

This entry was posted in around town, he's so fine he blows my mind. Bookmark the permalink.