Dan and I go to “MegaCorp” each year for a health screening. It’s a Know Your Numbers campaign. They want you to know all your numbers, your good and bad cholesterol, triglycerides, blood pressure, BMI… circumference… etc.

The past three years have been awesome because all of my numbers keep getting better and better. I’ve been working hard and I’ve been blessed with increasing good health. When I left the house today, my main goal was to wear something cute, but light. But, as I caught my reflection in the mirror on my way out the door, I realized that I looked a bit like a mime, or like I should be eating a baguette. Maybe I should be miming eating a baguette. 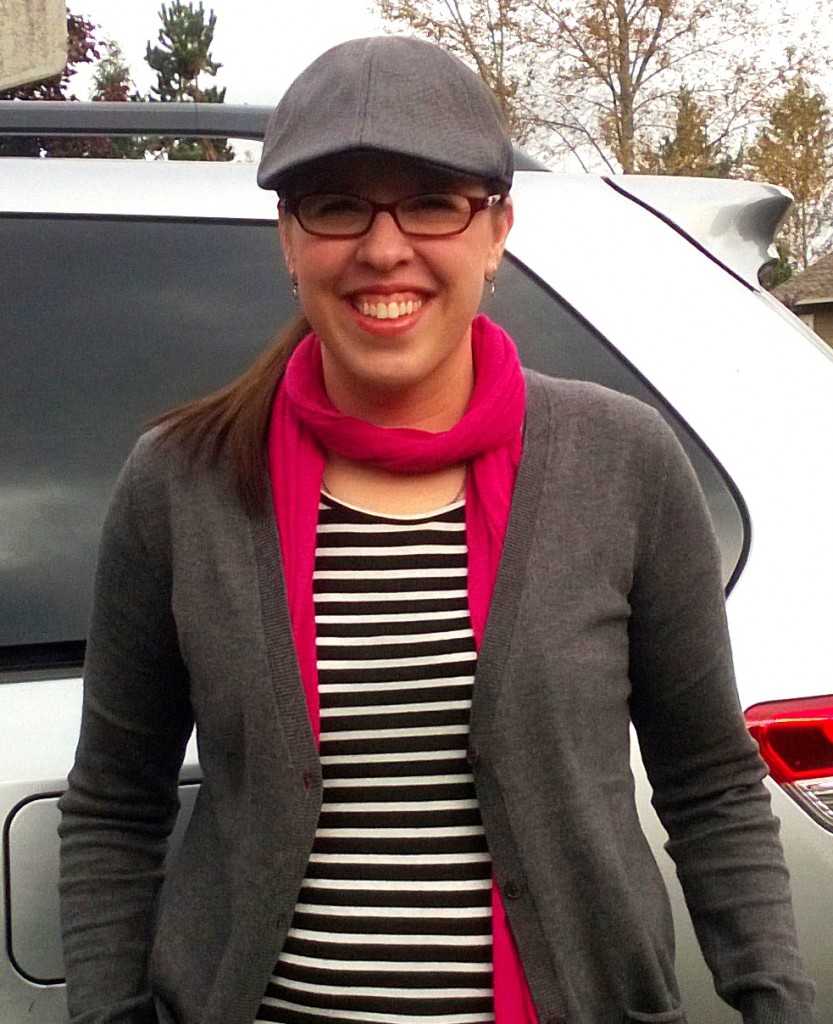 The numbers were good. I especially kick at blood pressure, like seriously KICK. It is one of my greatest talents.

When we finish getting our numbers, we always sit with a wellness coach who tells Dan to eat more fish and do some AquaZumba or something. He smiles and nods and dreams of Cocoa Puffs. Then she turns to me and I start going OFF about how far I’ve come and how often I work out and how much I fully know about nutrition and all its nutritiousness. I coach her a bit. Then we leave.

Knowing I can lay it on a little thick and trying not to turn this into a Know Your Numbers So You Can Tell a Wellness Coach How Totally BOSS You Are” campaign, my big goal was to go the entire session without saying, “triathlon.”

And I made it. I will take a bow. Silently. While twirling my baguette.

We’d been fasting for our blood draw so we headed out for brunch at a place where we could replenish our fats and cholesterols as quickly as possible. If cholesterol has a flavor, I think it would be hollandaise sauce. So I got the Eggs Benedict.

Most of the meals came with “toast and hash browns.”

This is slightly disturbing because, you know, when you put quotes around something, it means that the thing with the quotes does not need to resemble the words inside the quotes in any way.

Luckily, they were better at cooking than punctuation. Oh, for yum. 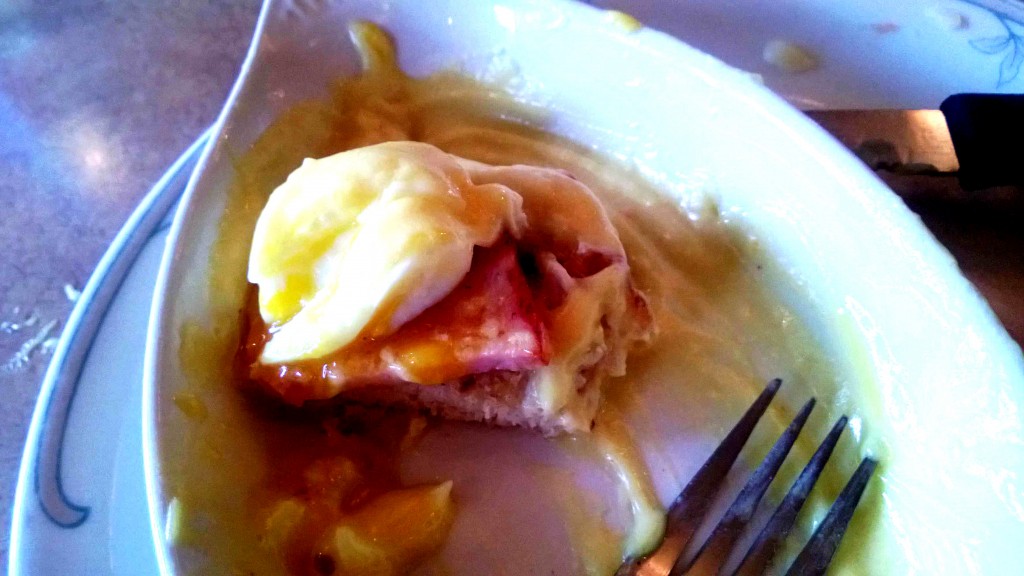 Also, I think it’s worth mentioning that they use a stuffed bear with a tank of helium shoved up his… um body… with the nozzle jammed out his ear to fill balloons. So, there’s that. 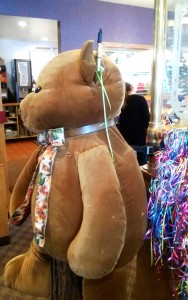 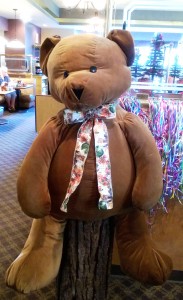 On the way back to MegaCorp, I told Dan I was worried that maybe I’d damaged my lungs on our latest scuba diving excursion. It was our first night dive, first Puget Sound dive, first cold water dive, first wet suit dive, and first dive where we did not have an ever-living clue what we were doing. I think I held my breath at one point while ascending a few feet. My lungs have ached ever since.

Dan encouraged me to make a doctor’s appointment.

I then said, “Speaking of diving, I heard on NPR this morning that we can go shark diving in the Point Defiance Aquarium. Let’s do it!”

The life drained from his eyes.

“What kind of sharks?”

He was not feeling the awesome. After I get back from the lung doctor, we’ll totally have to revisit this discussion. I mean, we need something to brag about next year with our Know Your Numbers health coach.

This entry was posted in all about me, around town, health. Bookmark the permalink.