This Rainbow Jello was a special occasion staple in my house growing up. It takes time but it’s really simple and looks amazing. If you’re feeling adventurous, or wildly immature, you can try to peel off each layer with your fingers and eat them individually… or not. My eleven-year-old made it for Easter this year with no assistance and it was a huge hit. Enjoy!

Dissolve 1 package of Jello in 1 cup of boiling water. Divide in half. Mix 2 Tbsp of cold water into first half. Pour that into a 9 x 13″ pan. Let set until firm (approximately 20 minutes*).

Whip 2 Tbsp of sour cream into the second half. Pour the cloudy mixture over the clear jello. If you don’t want little pock-marks on the surface of your jello, be careful to remove bubbles before pouring the final layer. Let this layer set until firm (approximately 20 minutes).

Repeat with each additional flavor. Cut into squares to serve.

When halving this recipe, use a 9″ square pan and allow approximately 10 minutes for each layer to set. 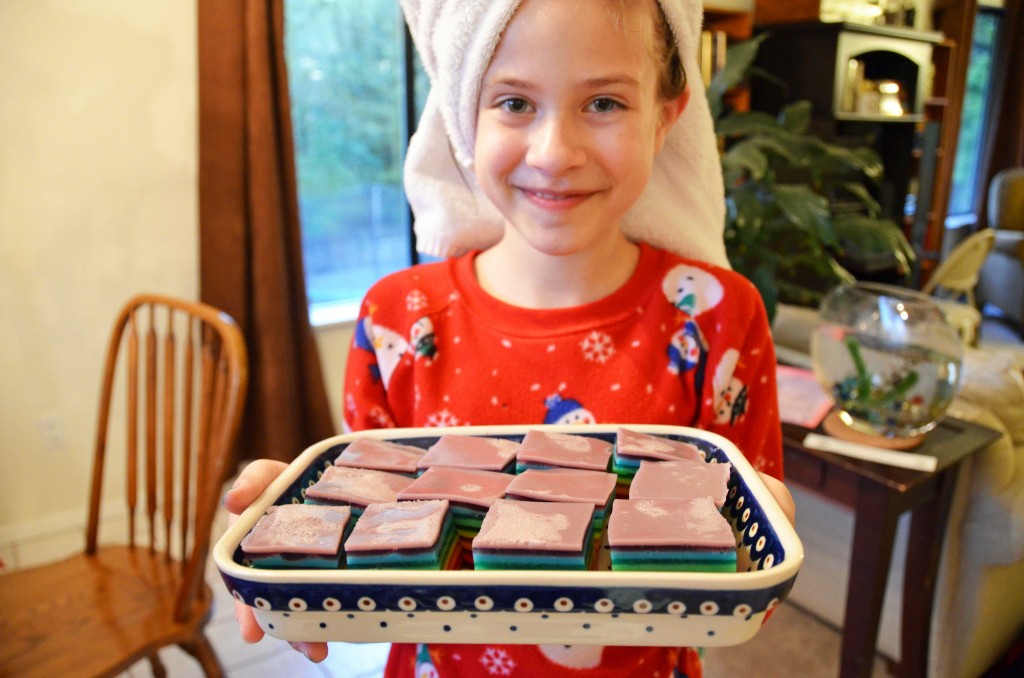 *The setting time is up to you. Laylee only let each layer of the large batch set for 10 minutes and had very few problems with the upper layers leaking through.

This entry was posted in holidays, recipes. Bookmark the permalink.