I Could Have Danced All Night

It’s jazz night at the Senior Center. Dan’s playing saxophone in the band and the kids and I are eating delicious gentle-on-the-dentures delicacies, reading middle grade fantasy novels, and periodically dancing like spasmodic maniacs. 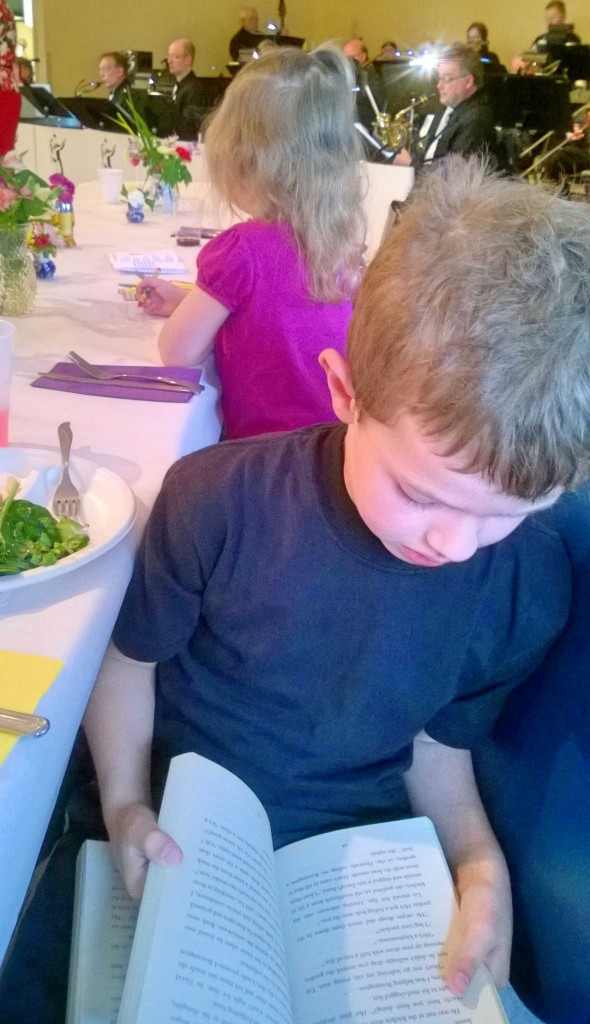 My feet move in a pattern somewhere between awkward tween shuffle and the jive. My arms twirl and throw Laylee around until she’s dizzy, grinning and confused. We’ve got moves. They just might not be sanctioned by any of the currently ruling international dance organizations. 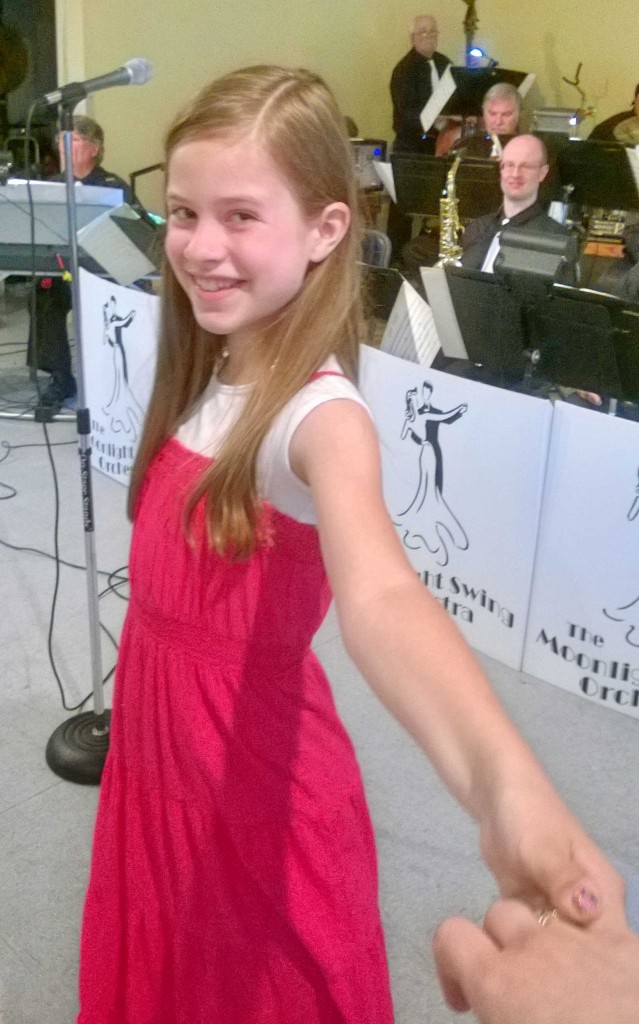 Out on the floor is a couple who knows all the moves. They’re probably in their eighties or nineties. She’s beautiful and he’s a little hunched over but incredibly strong and confident. They glide through turns and lifts like they’re still in their twenties and people applaud them whenever they take the floor.

Near the end of the night, the man taps me on the shoulder and asks me to dance.

His smile is warm as he gestures to the floor. “It sure looks like you do.”

“You are kind, but last time I danced with someone at one of these things, he was very disappointed.”

“I can’t believe he would tell you that. I have never in my life made a lady feel bad about her dancing.” He looks incensed.

“I’ll try if you promise to help me and be patient.”

His look says, Don’t be ridiculous.

It’s an understatement to say he’s good. He is A-FLIPPIN-MAZING! Hands down the best dancer I’ve ever danced with, of any age. I shuffle along at first but gradually start to pick up on his lead and find myself doing moves I’ve never attempted. My face is locked in a perma-grin. 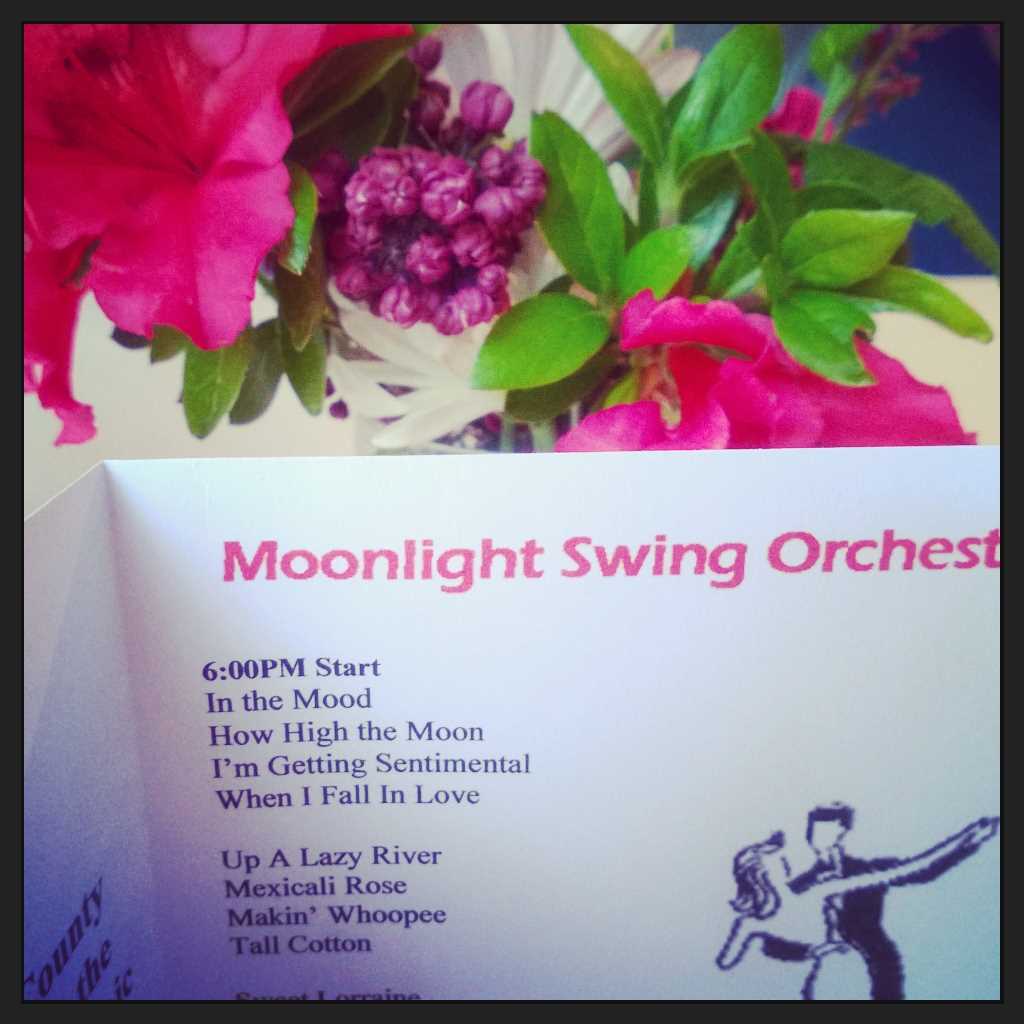 Between songs, I thank him for dancing with me. “My husband is in the band so I rarely get to dance.”

“And let me guess,” he says with a twinkle in his eye, “If you’re husband’s in the band, he’s probably not much of a dancer anyway.” He winks. This ninety-year-old man is flirting with me. 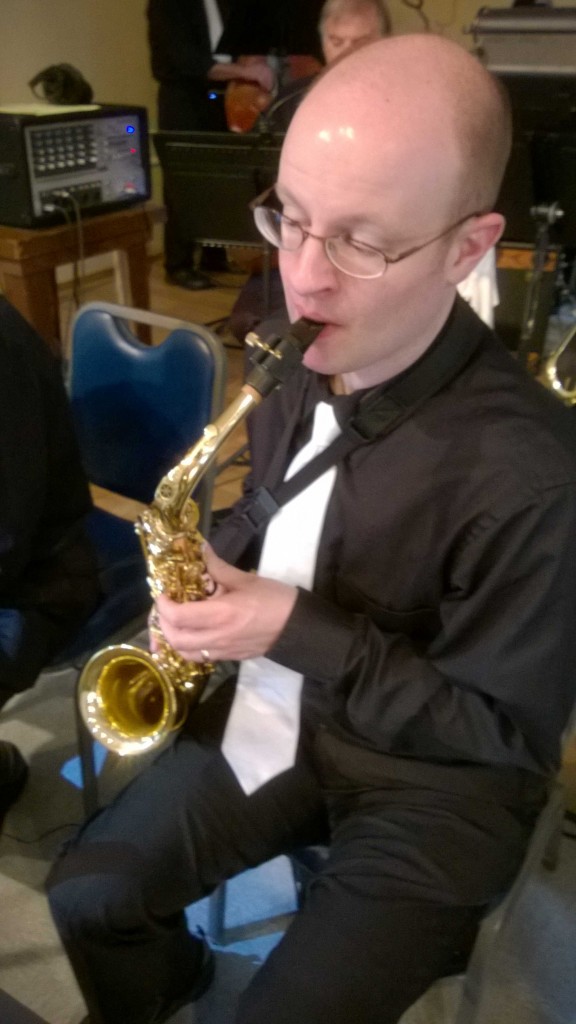 I don’t let him lift me off the ground, although I can tell he wants to, and when the song ends my dip is not as low as he intends. At 35, I’m not as graceful or petite as his bride. But I feel amazing.

As he leads me off the floor, everyone applauds, and I realize that I didn’t once notice anyone around us while we were dancing. I’ve rarely been so absorbed in an activity. My cheeks ache from smiling and I’m drenched in sweat.

That dance was a gift.

I take a minute to imagine myself as a young girl in the 1940s, having a night out at a dance hall. Instead of Chacos and a t-shirt, I’m wearing pumps, hose, and my best dress, my hair curled in victory rolls. I wonder what my dance partner looked like back then.

Then, I laugh to think what senior centers will look like when I’m in my nineties. Will we be crowded around an aging DJ, cranking out Milli Vanilli and Dub Step remixes, while we imitate MC Hammer and pop and lock? Maybe one of my friends will teach krumping on Tuesday afternoons.

But no. We will never grow old so I don’t even need to think about it. I could better use my energy preparing for the hip hop class I’m taking with my friends later this summer…

This entry was posted in around town, aspirations, family fun, save me from myself. Bookmark the permalink.

2 Responses to I Could Have Danced All Night